After officially retiring and moving to the Ridgeland area, Mrs. Clark helped her daughter homeschool her five grandchildren who attend Saint Augustine. When the opportunity came about, she loved the idea of working at Saint Augustine and giving back to the school that had been such a blessing to her family.

Bekki has been married 47 years to her husband Donny. She and her husband have been active members of First Baptist Madison. They have been blessed with two children and seven grandchildren. In her spare time she loves spending time with her grandchildren and sharing in their lives with everything they are involved in. She loves going to Colorado every summer to volunteer at her son’s camp for six weeks as a barista and any other area where she is needed. Some of her hobbies are sewing, baking homemade bread, and planning parties. Bekki loves being a part of the Saint Augustine family. 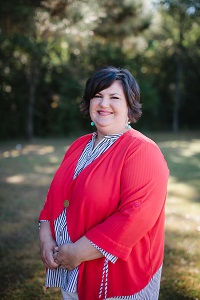 Mrs. Splaingard earned a B.A. in Linguistics and English from the University of Mississippi.  She has worked at Square Books, Jr. in Oxford, MS, as well as Lemuria Bookstore in Jackson, MS, in the children’s book department.  She took New Testament Greek at Reformed Theological Seminary in Clinton, MS, because of her love for languages and enjoyed it immensely.

She and her husband, David, live in Jackson with their two children, Sophia and Ezra, both of whom attend Saint Augustine School.  She and her family are thankful for the church community they have found as members at Redeemer Church, PCA in Jackson. 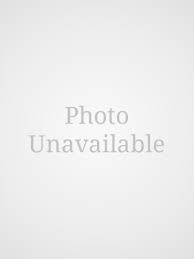 Amy earned Bachelor and Master’s degrees in Counseling Psychology from the University of Southern Mississippi. She joined the team at St. Augustine following years of serving children as a child and family counselor, nursery director, and preschool teacher. She and her husband, Stephen, live in Madison, MS with their two children who attend St. Augustine School. They are members of Christ United Methodist Church. Amy enjoys spending time with her family, embroidery, gardening, and yoga. 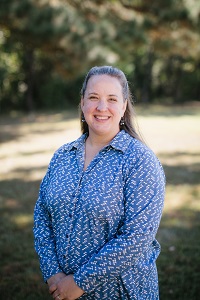 Karen Erne serves as our Child Programs Director.  Her responsibilities include leading our Aftercare teams and the teacher Childcare. St. Augustine offers care right here on campus for the teachers with little ones.  Childcare includes our tiny gryphons from babies through four year olds. They have their own curriculum of learning through play.

Karen and her husband, Edward have four children and live in Madison. They are active members at Colonial Heights Baptist Church. Some of her favorite things to do are studying the Bible, sewing, and fishing with her family. Karen is also known to game with her sons on the Switch and the PS5. Her passion is leading little ones to know and love Jesus. 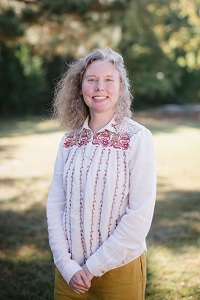 Aimee Rankin serves as front desk Administrative Assistant at Saint Augustine. She earned a B.S. degree in Hospitality Management from the University of Southern Mississippi. She worked for Ronald McDonald House Charities, a children’s non-profit, before starting a family.

She and her husband, Paul, have two children who attend Saint Augustine. She and her family attend Redeemer Church in Jackson. In her free time, she enjoys cooking, reading, and being outdoors hiking, canoeing, biking, camping, and gardening. 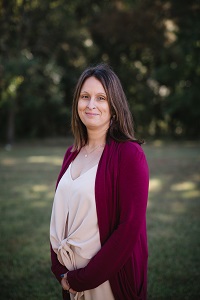 Mrs. Jackson obtained a Bachelor of Business Administration in Music Business from Belmont University in Nashville, TN.  Prior to making the move to teaching, she worked in artist management and television relations.

She and her husband, Bryant, live in Jackson, MS and have one son who also attends Saint Augustine. They have been members of Highlands Presbyterian church since 2011. She enjoys reading books, music, and best friend girls’ trips. 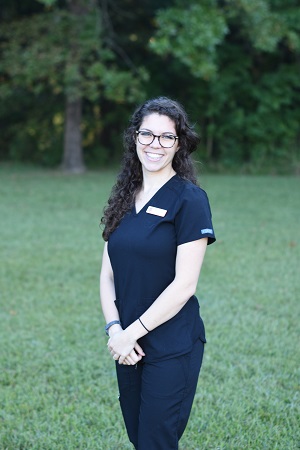 Mrs. Jenkins is serving as Saint Augustine’s school nurse. She loves to share the love of Jesus through working with students and alongside faculty and staff. She graduated from Mississippi College in 2020 with a Bachelor of Science in Nursing. She also serves as a nurse at Mississippi Baptist Medical Center on the Surgical Urology floor where she enjoys working hands-on with patients at the bedside. She and her husband have a baby girl and reside in Clinton, MS. They are members of Arise Church in Clinton. She loves quality time with family and friends, good coffee, warm weather, and baking homemade treats. 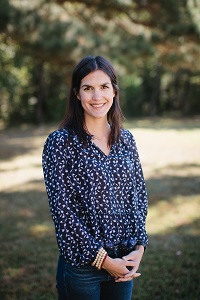 Paige Wilson grew up in Jackson and attended the University of Mississippi. She lives in Madison with her husband, Andrew, and three sons, Andrew, Jack, and Charlie, all of whom attend Saint Augustine School. They are active members of Highlands Presbyterian Church. She enjoys homemaking, being active, and spending time with family and friends. 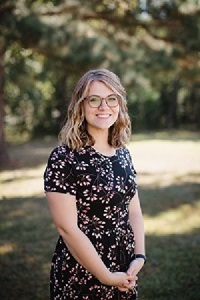 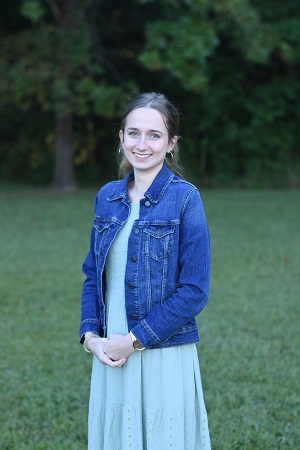 Elle Elise Herrington has worked in the aftercare and childcare programs at Saint Augustine since 2020. She is currently an apprentice in Belhaven University’s dance program. Elle previously was involved in ministry with Magnificat! Youth Ballet, where she performed locally at churches and schools. In her spare time, she enjoys reading, creative writing, and baking cookies. 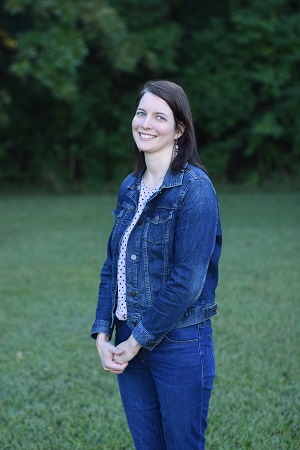 Mrs. Cox has a B.S. degree in Psychology from Mississippi College.  After graduation she worked at UMMC in the research department before staying home and homeschooling her children.
She plays the piano at her church and enjoys singing as well.  She has taught piano and enjoys all different types of music.   She also likes to read books and spend time with her three children. 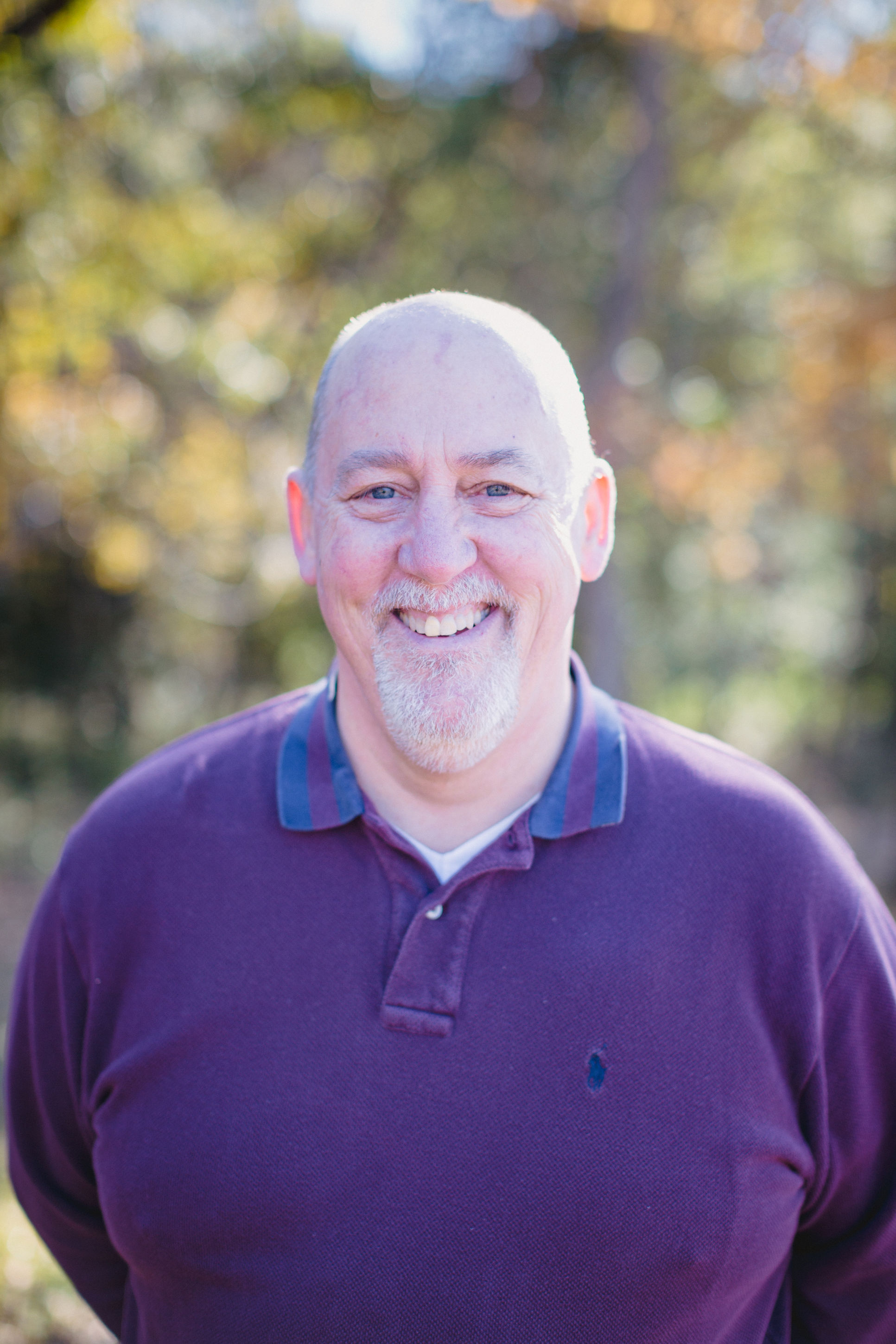 Peter Davis both started and is the head coach of Saint Augustine’s Cross Country team. He has been coaching for Saint Augustine technically before the school even had any sports team. In 2015, Peter started Saint Augustine’s first running club and has gradually crafted those early participants into the championship team that they are today.

Originally from Tennessee, Peter Davis ran cross country for Belhaven University. Besides making the NAIA All-Academic team every year, he was awarded the NAIA Lightning Champion of Character and Leadership. After graduating, Peter has coached and managed at the local running store, Fleet Feet, in Jackson and Flowood. He also coaches Fleet Feet’s marathon training program. An avid runner himself, Peter has run over 10 marathons, 6 50K’s, and 1 50 miler. Peter is an active member of Redeemer Church where he sings in the choir.

Coach Gardner is a resident of Jackson where he lives with his family. He played soccer at Belhaven University and has been involved in coaching youth and high school soccer his entire adult life. He and his wife (Mrs. Gardner, the elementary music teacher) and their three sons lived for six years in Vienna, Austria where he taught history and Bible and coached soccer at the International Christian School of Vienna. Thomas is also a graduate of Reformed Theological Seminary and currently serves as the Teaching Pastor at Riverwood Bible Church in Jackson. In his free time, he enjoys reading, Manchester United (sometimes), Mississippi State athletics (sometimes), and cooking.

Coach Simpson grew up in Clinton where he graduated from Mississippi College in the late 1900’s with a B.S. degree in Chemistry. He subsequently earned his D.M.D. from the University of Mississippi’s School of Dentistry.

Keith and his wife, Joylin, have one son who attends Saint Augustine. They live at the Reservoir where they are members of Pinelake Church. In his free time, Keith enjoys woodworking, knife making, kayaking, and hunting.